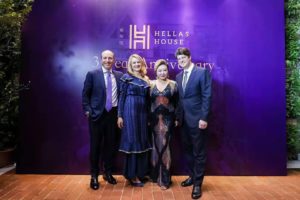 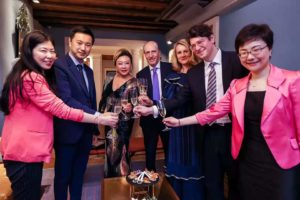 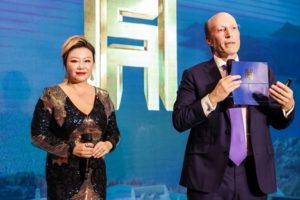 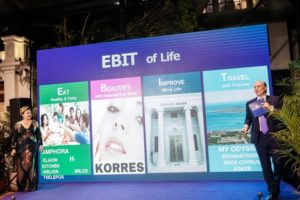 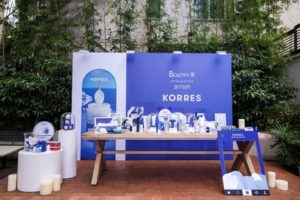 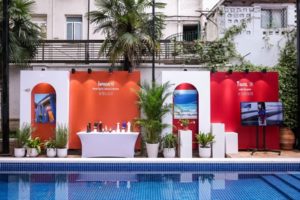 Prior to the unveiling of Hellas House’s prestigious “3+365” CIIE designation plaque, speeches were given by Hellas House and Hellas Group founder & CEO Pavlos Kontomichalos and President Sophia Kontomichalos, who expressed their gratitude to Greek and Chinese government officials, strategic and business partners, VIP clients, friends of numerous nationalities, whose support and belief in the vision and values of Hellas House and the Hellas Group since their inception have been crucial to the success of this three-year journey. 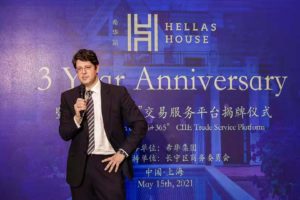 Also addressing the assembled guests was Greek Consul-General Vasileios Koniakos, who praised Hellas House for its impressive contributions to furthering and deepening friendship, understanding, and mutually beneficial cultural and economic ties between Greece and China, and the world, poignantly stating that, despite the burdens of the pandemic, his homesickness has been mitigated by the comforts of home provided by Hellas House, its founders and friends, and its embodiment of all that Greece represents. 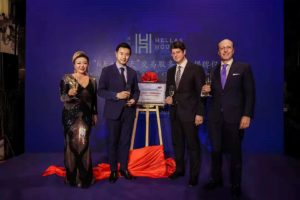 Their statements were followed by the ceremonious unveiling by Mr. and Mrs. Kontomichalos, Standing Committee Member Yang Yuanfei, and Greek Consul-General in Shanghai Vasileios Koniakos, with Changning District Commercial Committee Director Chen Ying and Changning District Foreign Affairs Office Director Chen Feng looking on, of Hellas House’s “3+365” CIIE Trading Service Platform designation plaque, officially establishing Hellas House as a year-round flagship exhibition hall for Greek products and services, and its role as a vital cross-cultural bridge for Greek and European companies seeking to establish a presence in Changning District and China, and for Chinese companies to enter the Greek and European markets. 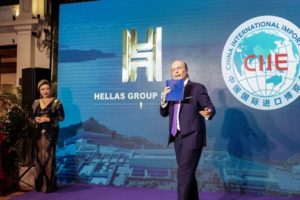 Since first opening its doors on May 15, 2018, marking its and the Hellas Group of companies’ official entry into the Chinese market, Hellas House has served as a vital hub and driver for important Greece-China political, economic and cultural activities, events, initiatives, and strategic partnerships.

To date, Hellas House and the Hellas Group’s many highlights include:

Hellas House’s new official designation as a year-round “6+365” China International Import Expo exhibition hub and venue is but the latest example of the success of both Hellas House and the Hellas Group in continuing to identify, create, promote and strengthen the important cultural, trade, and economic synergies and opportunities between China, Greece, and Europe. Χρόνια πολλά! 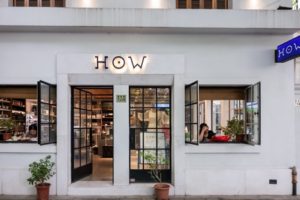 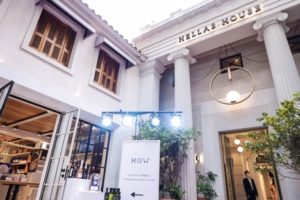