Founder and CEO of Hellas Group, Pavlos Kontomichalos received the Silver Magnolia Award from the Shanghai Municipal Government Foreign Affairs Office for his “valuable support to Shanghai’s development and outstanding contributions to our friendly cooperation.”
Pavlos Kontomichalos was among 58 people, from 18 countries and regions, who received the Silver Magnolia Award this year. Many recipients were expatriate business leaders of major international corporations, research scientists, and scholars.

The Award is presented to expatriates whose significant contributions have injected vitality into the city and built bridges for Shanghai with the rest of the world, creating opportunities for its development, Zhang Xiaosong, director-general of the city Foreign Affairs Office, said at the award ceremony held at the Shanghai Oriental Art Center Concert Hall.
This year is special as it marks both the 70th anniversary of the founding of the People’s Republic of China and the 30th anniversary of the launching of the Magnolia Awards. On this occasion, a charity concert was also staged by the Shanghai City Symphony Orchestra to raise money for autistic children after the awarding ceremony.
The Magnolia Silver Award was first launched in 1989 and is among the highest honours a foreigner can receive in the city. Named after Shanghai’s city flower, the Silver Magnolia, “whose petals always look skyward,” is the city’s official flower, “symbolizing a pioneering and enterprising spirit.” 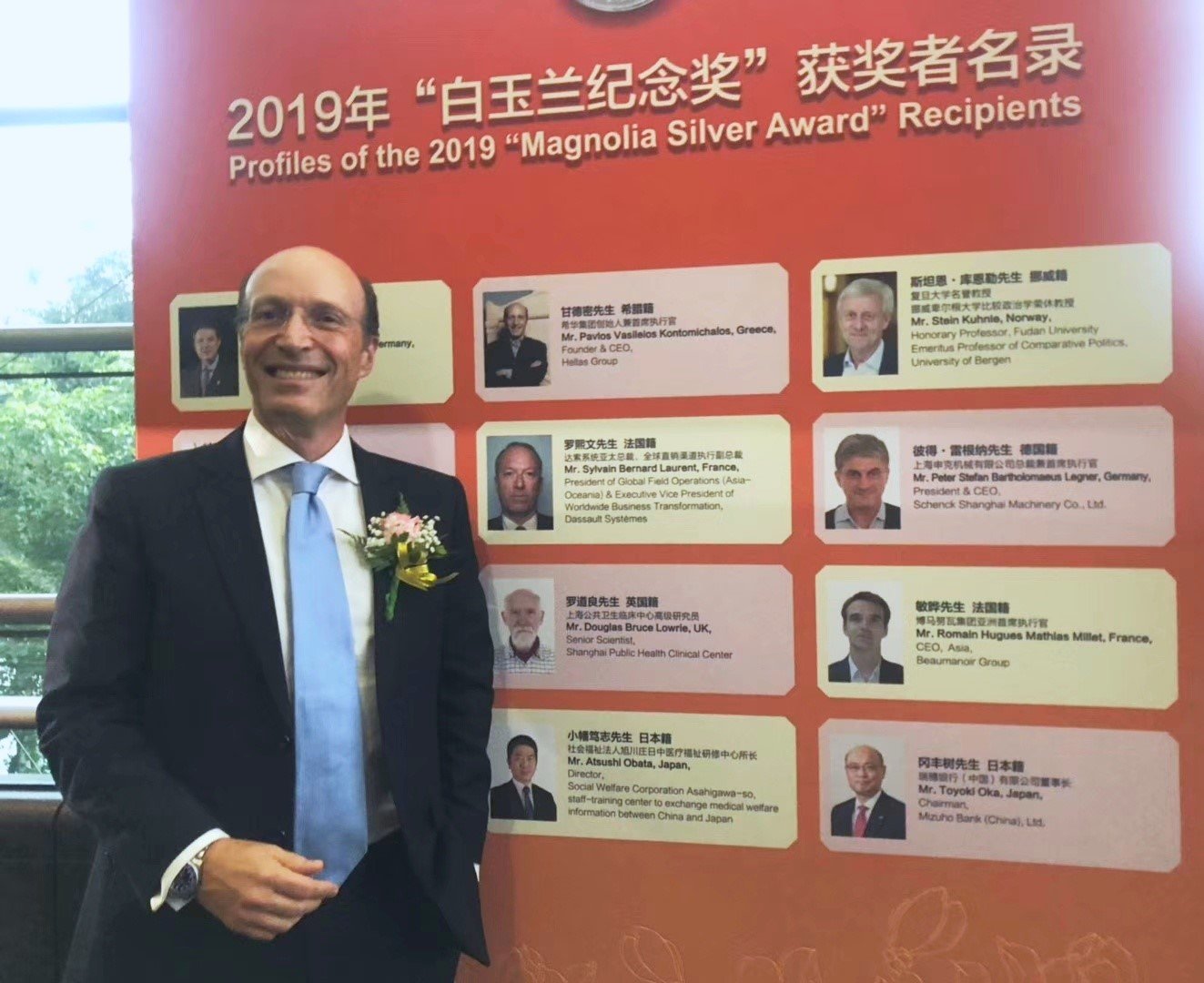 Pavlos Kontomichalos takes a picture in front of the board with his name and photo before the Award Ceremony.

Commenting on the award, Mr. Kontomichalos said: “It is my great honour to accept this award by the Shanghai Municipal People’s Government. I gratefully regard it as a recognition of Hellas Group’s focused efforts to constantly strive for excellence since its establishment in 2016. Hence, it encourages us to continue our long-term commitment to the sustainable development of Shanghai and China as a whole through the bridge of friendship and cooperation between the two nations.”

The award is bestowed by the Shanghai Municipal People’s Government to recognize expatriates who have made outstanding contributions to the city’s economy, business environment, international and cultural relations, community development and management standards. In the past 30 years, a total of 1,216 expats have received silver awards. 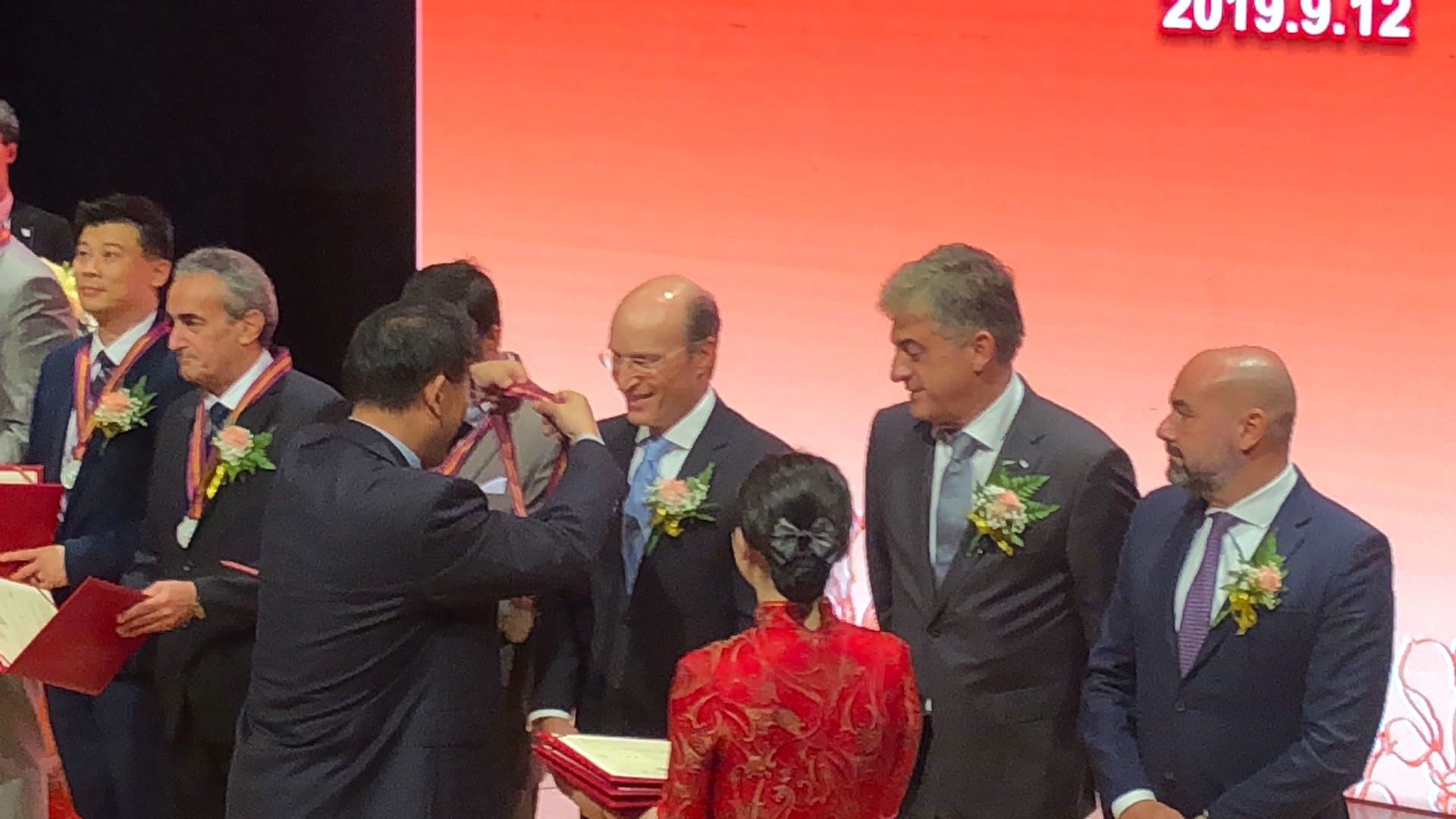 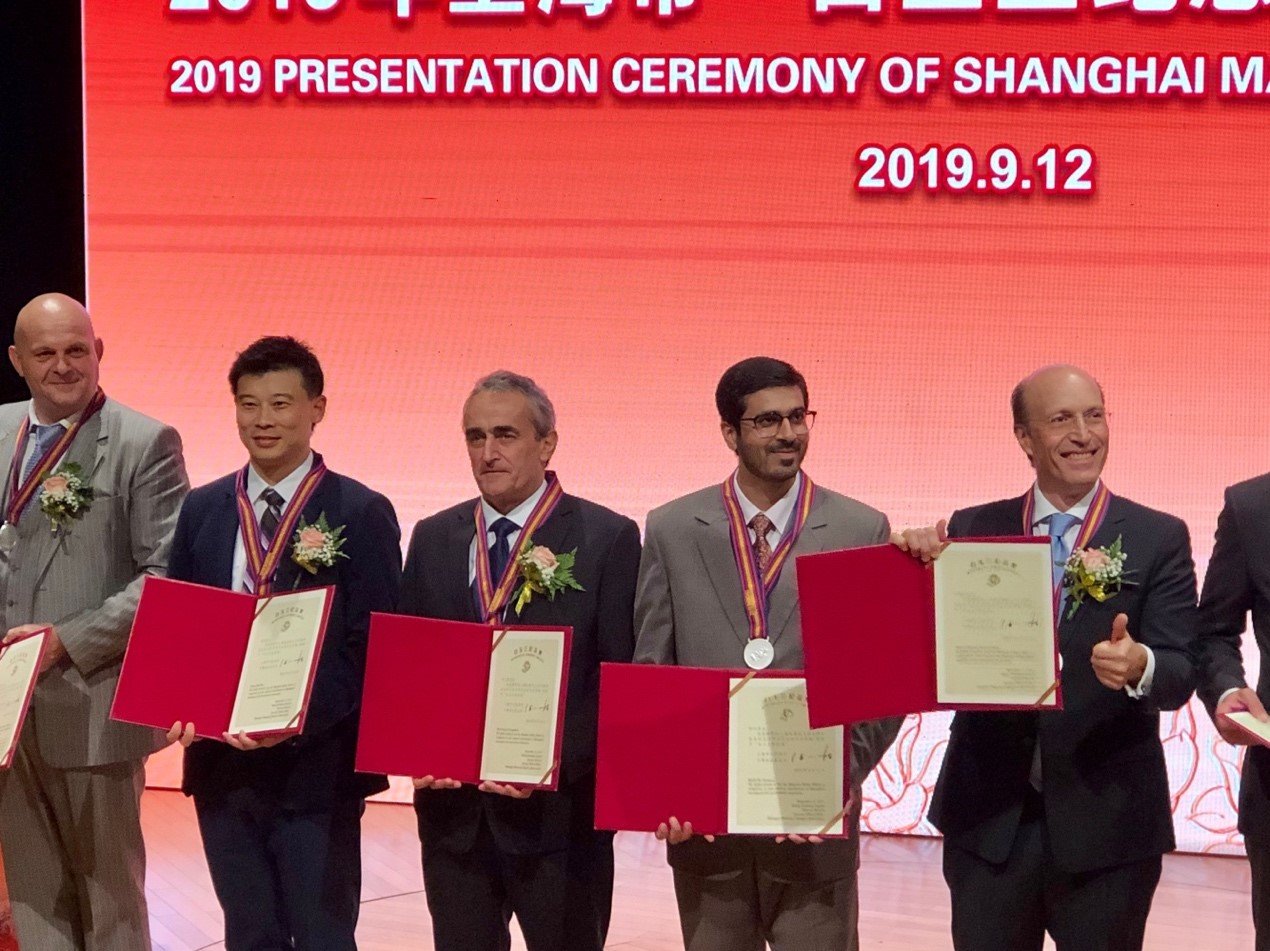 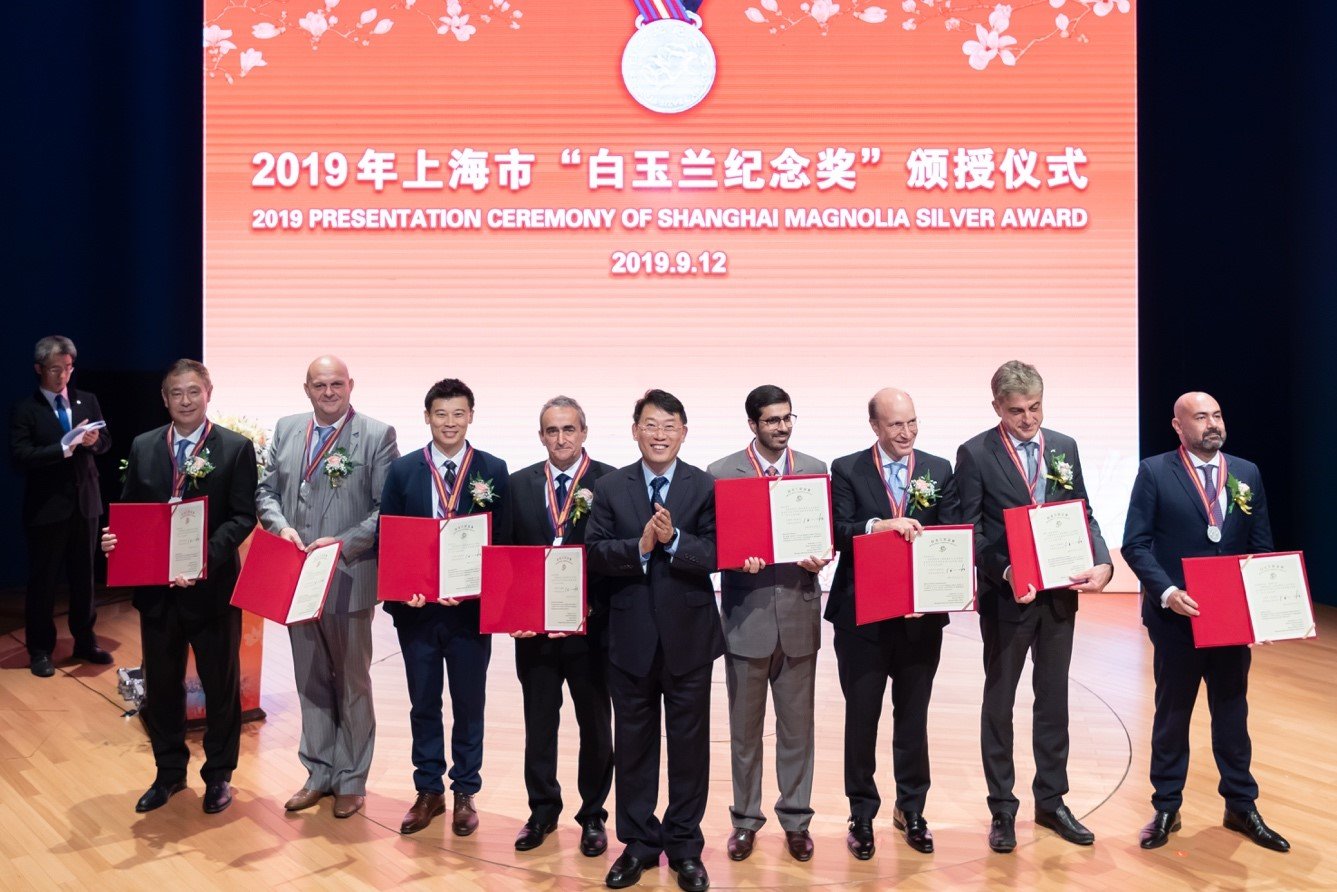 Pavlos Kontomichalos (third from right) and fellow awardees each received a medal at the award ceremony held at the Shanghai Oriental Art Center Concert Hall, on September 12, 2019. 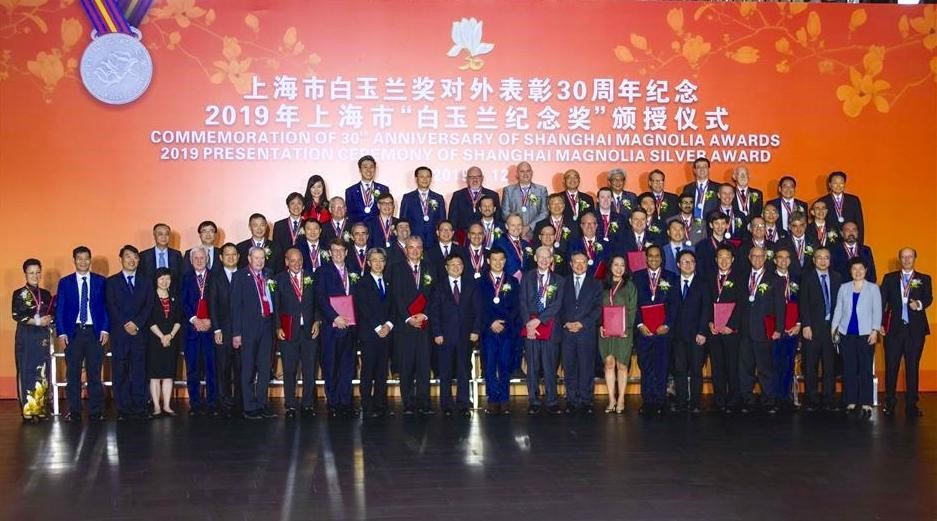 Hellas Group
Hellas Group is a growing network of synergistic companies, based both in Greece and China, all focused on introducing “The Best of Greece” to a select global audience. Hellas Group was established in the beginning of 2016, responding to the Chinese Government’s “One Belt, One Road” initiative. Dedicated to sharing the spirit and quality of Greek Hospitality and Gastronomy with the world, the Hellas Group of companies passionately collaborate for creating a bridge of friendship and cooperation between China and Greece.