BACK TO ΝΕΑ
Greece flags at Hellas House 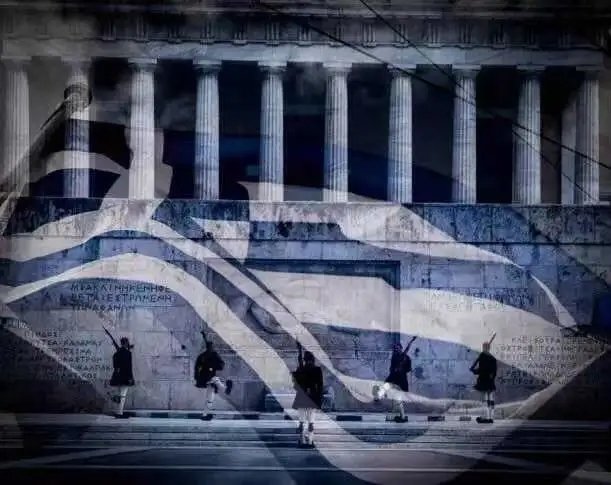 It was fully 200 years ago that Greece waged, and won, its War of Independence against the Ottoman Empire, and the country’s iconic flag is being proudly waved and displayed not only throughout Greece, but indeed around the world. 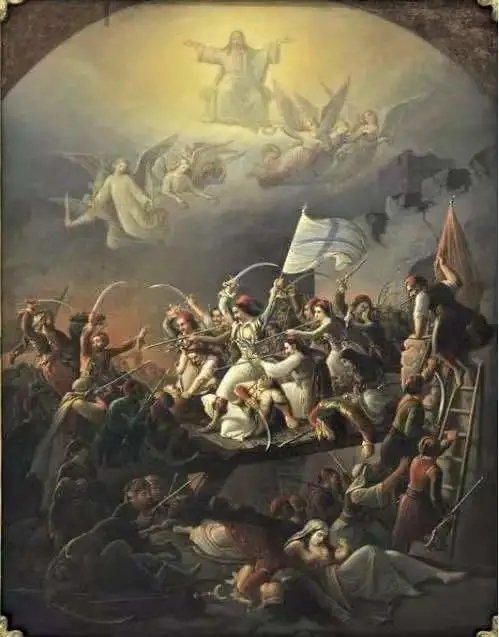 In major cities in countries that are home to large Greek communities, iconic landmarks are being brilliantly illuminated in the colors of Greece’s flag, among them Vancouver’s CN Tower and Sydney’s Opera House. 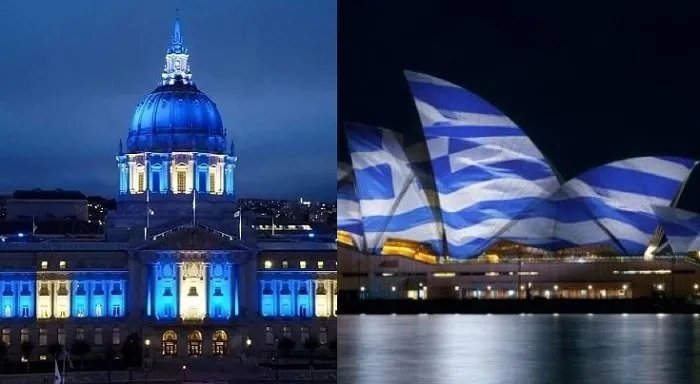 Blue and white, of course, are the colors of Greece’s flag, and are imbued with special meaning. Blue symbolizes the sky and the sea, and white represents the purity of purpose of Greece’s struggle for for independence. In the flag’s upper left-hand corner, the cross represents Eastern Orthodox Christianity, Greece’s predominant religion.

The Greek flag’s nine blue and white horizontal and parallel bands – four white and five blue – symbolize the nine syllables of the patriotic Greek motto: “Eleftheria i Thanatos” (Freedom or Death), and represent the staunch willingness of Greeks to lay down their lives for the cause of freedom. 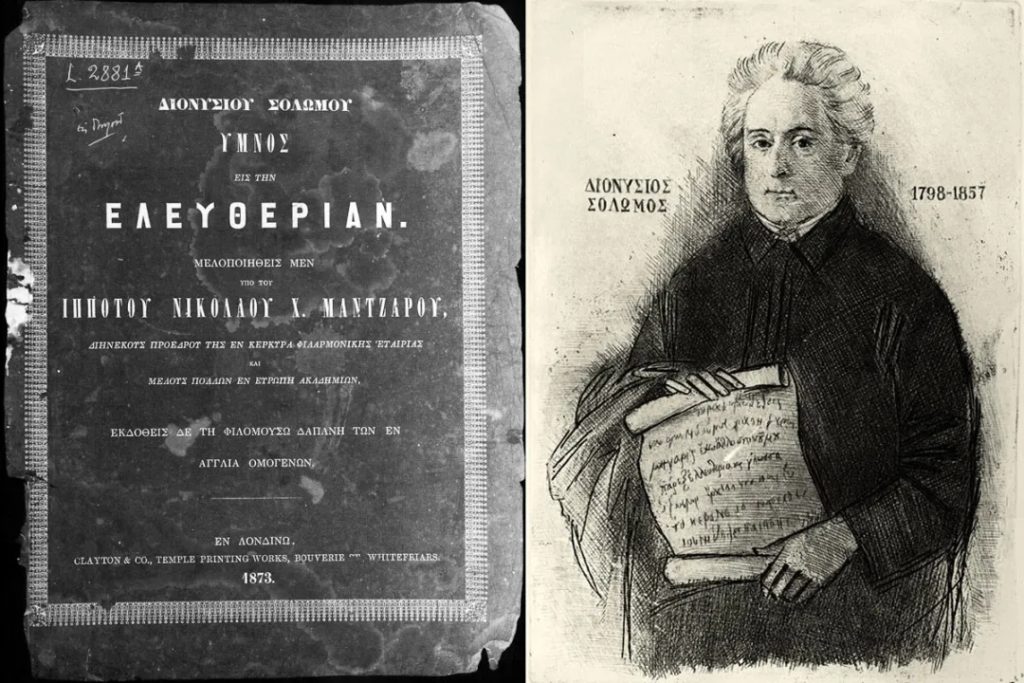 The enduring patriotism and pride of Greeks throughout the world can be gleaned in its lyrics, translated here in English:

I shall always recognize you
by the dreadful sword you hold,
as the Earth with searching vision
you survey with spirit bold.
From the Greeks of old
whose dying brought
to life and spirit free,
now with ancient valor rising
let us hail you, oh Liberty!

As described in their national anthem, the indomitable spirit and bravery of the Greek people remain fully on display in the age of COVID-19. In its wise and assertive approach to containing and ultimately overcoming the global pandemic, the government of Greek Prime Minister Kyriakos Mitsotakis, like the government of Chinese President Xi Jinping, continues to serve as a powerful role model for the rest of the world.

Greece’s successful efforts in battling the coronavirus are born of an ancient spirit of coming together, especially in times of adversity. It is an intangible yet defining characteristic of the Greek people, and one that informs all that we do at Hellas Group, in our own efforts to bring the best of Greece to China, and the world.

Today, so as to honor and carry on the legacy of Greece, Greek flags will be flying high at Hellas House, Milos Greek Taverna, H Kitchen, HOW and MyOdyssey, all of which are under the leadership of Hellas Group. 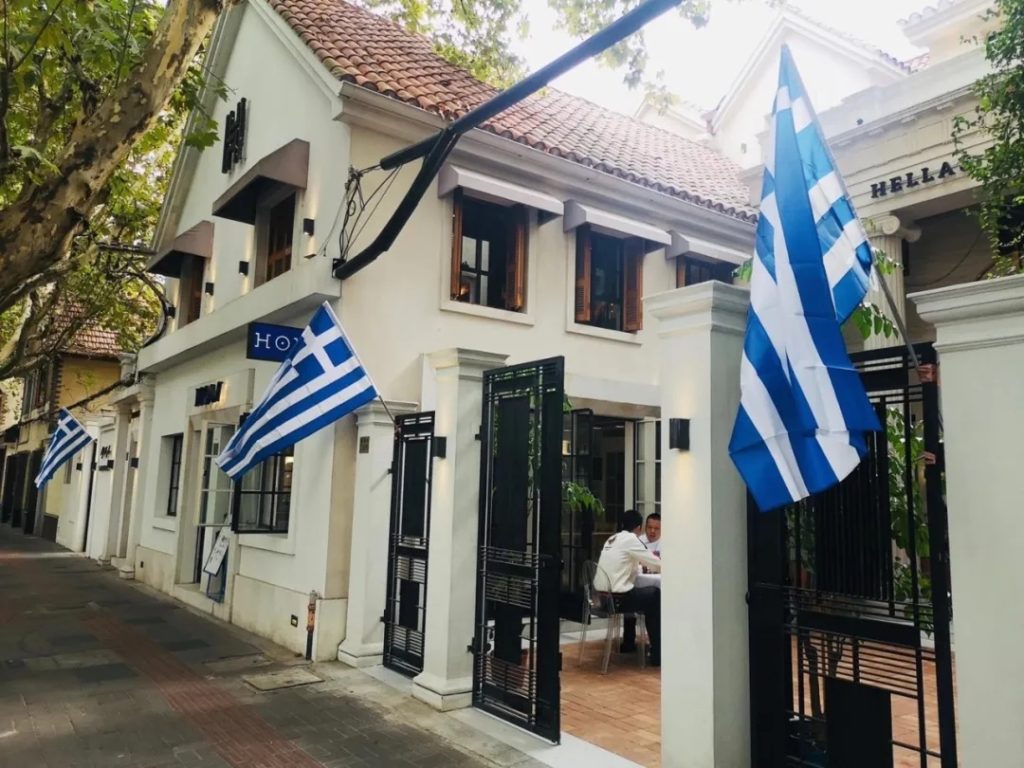 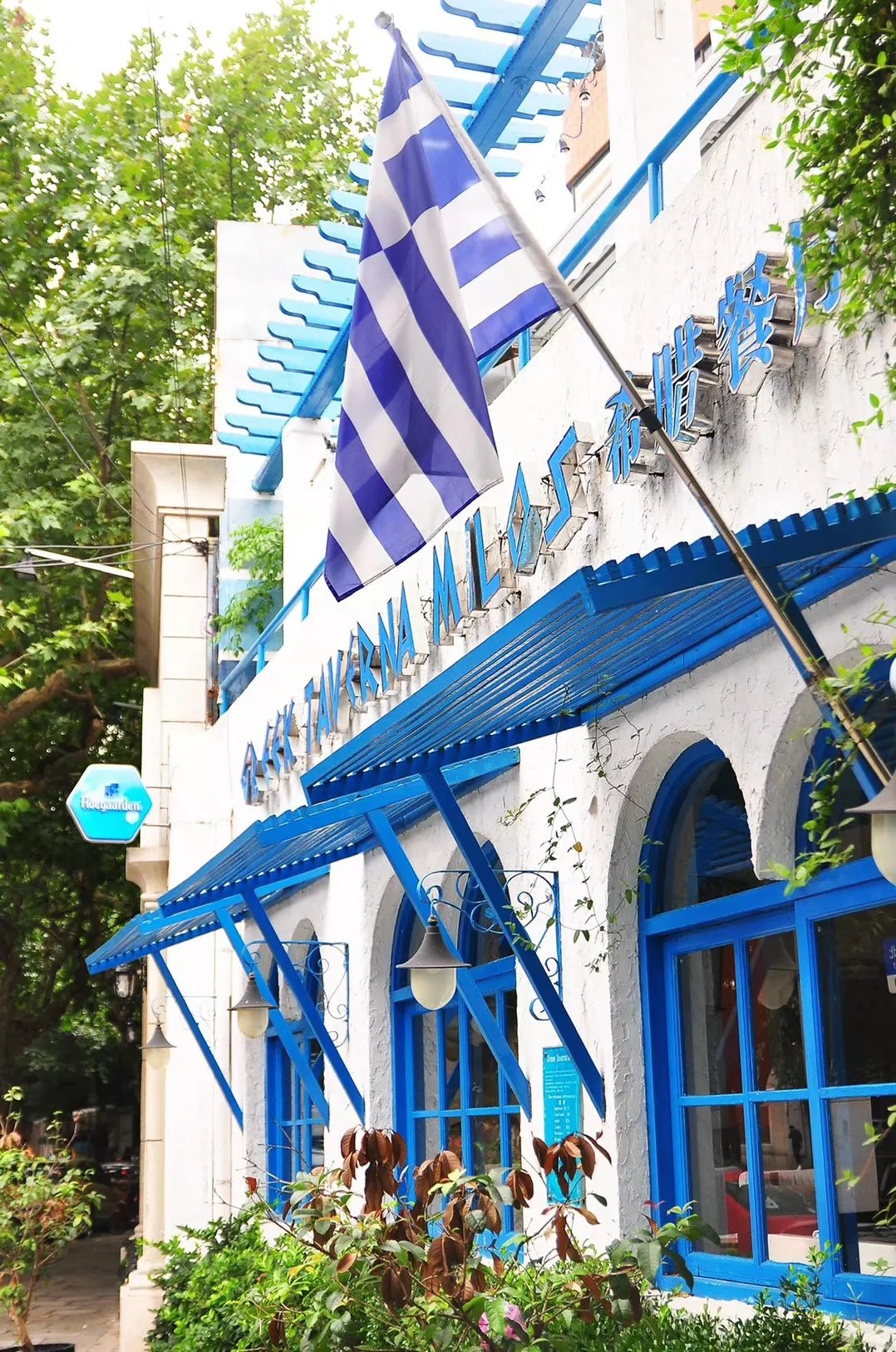